” What great products. I just tried the new sport stick. It is a roll on that is amazing. I have issues with
arthritis, sore muscles, and nerve pain. What a great relief this is. I love the smell and the cooling
sensation plus the pain relief that it brings. The pocket pal is my go to for my arthritic hands and
fingers and I love the CBD drops for the nerve pain I have in my legs. Joni is so great to work with
and extremely knowledgeable about all of her products. Thank you Joni. ”

” I’m a local I love pearl zen products so much I have fibromyalgia extremely bad more than others I
use the extreme nerve and it is wonderful I recommend it I also like the New Hampshire cigaretts the
CBD bomb and the CBD hand lotion and body lotion but the extreme nerve with the cayenne pepper
really works I will be getting stock up for the winter again awesome products!!! ”

” I recently came across Pearl Zen’s herbal hemp tea and could not be happier. I look forward to the
soothing and calming feeling that it brings with each sip. Do yourself a favor and give this tea a try! ”

” This product is a miracle cure for me. I have very bad arteritis in my thumbs when I apply it the pain
is gone in seconds. I also apply it to my feet at night for my neuropathy am I’m able to sleep so much
better. Thank you Pearl Zen ”

“ I have seen 5 docs with a itching for over 3 years all with different diagnosis. I knew they were all
wrong but couldn’t get any help. Saw Pearl Zen at a vendor (Christmas) in Wenatchee. Within 2 days
it was subsiding and almost totally gone as long as I take my drops in the morning! thank you! “

” I tried the CBD oil from Pearl Zen in hopes that it would help alleviate my anxiety. I’ve tried many
things to try to help my anxiety and this is the first thing that has helped lower it to the point where I
can feel comfortable and at ease. I’m very happy I tried it, it’s a must have. I also really love how I
was also sent an informational card that explains what CBD is, what it can help with and different
ways to use it. I highly recommend trying this product. ”

“ Today at Wenatchee Apple Blossom’s Art in the Park, I discovered the most amazing booth: Zen
Pearl and owner Joni Ellen.. She makes natural CBD oils, balms, lotions, and teas. She put some
lotion that helps with pain on my back, and It was truly effective. “

” I have used Joni’s (Pearl Zen) CBD products for muscle pain, arthritis, neuropathy, and insomnia for two years and experienced relief with each problem. Joni’s products are clean and clearly labeled. I highly recommend others to try her products and contact her through her website if relief is not experienced. She is willing to help with suggestions. Joni has suggested to me what is best and what to try for a particular problem. She has spent time learning what products are best for what ailments. Her research, knowledge and desire to help others is admirable! ”

” I have all three of my old dogs on the CBD oil & I have been able to take them off the medication they were taking for arthritis & pain. I love the Pocket Pal. It is a miracle worker when I have a migraine. I apply it to my temples & before I know it my migraine is gone. I also use the CBD hand & body lotion which is very soothing. I think all of the Pearl Zen products are wonderful. ”

” The best way to describe my experience in using this CBD oil and other products is “trust”. I know this is a good quality product and I don’t have to be concerned about unwanted additives with this product. The oil and other products are top quality and made with care and knowledge of the ingredients. I have and will continue to recommend this product to others, in my knowledge it is just the best. We all deserve that! ”

” I am a fan of Pearl Zen’s CBD. I am a 58-year-old male and have taken 15mg of CBD in the evening for the last few years. It helps the Osteoarthritis in my hands tremendously (especially in cold weather) as well has helping me get a good night’s sleep. My mother and both of her parents passed before the age of 60 from different types of cancer. If it is true that CBD fights/kills cancer cells, I feel I am being proactive in avoiding the same fate. It’s very affordable and has no negative side effects. ”

“ In April 2016, at the age of 2.5 years old, my up and coming young show dog, Vespa, was diagnosed with Lymphoma. After extensive surgery, which removed large portions of her liver and small intestine, she was sent home with lots of medications and the recommendation to get her into chemotherapy because several small “nodules” had been left in her liver. The follow up lab results confirmed that they were also lymphoma. We were devastated.

At home after the surgery, she had a lot of pain and discomfort. She wouldn’t’ move. She wouldn’t eat. She trembled constantly. She was consumed with pain. The pain medications made her vomit violently, even when taken with food as directed. It was heartbreaking. Remembering that CBD products mediated nausea in cancer patients AND had anti-cancer properties, I sent my husband to the local recreational marijuana store for CBD oil. He returned with some CBD capsules which we promptly gave to our girl. Within 40 minutes she relaxed and stopped trembling. Her pupils returned to a normal state, and she was ‘aware’ and responsive. When asked if she wanted to go outside, she slowly eased herself off the sofa and walked outside with me. What was even better, was that the vomiting stopped and her appetite returned. What she ate stayed in her. No more vomiting. I chose to discontinue the harsh pain medications and searched for a better CBD product than what the local ‘recreational’ stores carried. I found your “Pearl ZEN” CBD oil and continued using it. And Vespa continued to improve.

At this point, it was time to seriously consider chemotherapy. But, with no pet insurance and not wanting to spend thousands of dollars more on chemotherapy that would, at best, extend her life by 18 months, we decided to let her future be what it would be, and we did not do the recommended chemotherapy. At this time I also changed her diet significantly. I began to try many anti-cancer herbs and supplements. I added powdered whole hemp plant to her food, and I continued to give her multiple daily doses of the “Pearl ZEN” CBD oil.

Today, November 2018, Vespa is now 5.5 years old and thriving. She is long past her ‘expiration date’. She is a Champion of Record in three separate registries and is Nationally ranked within her Breeds’ Standings. She has multiple Best in Shows, multiple Reserve Best in Shows, and multiple wins at Specialty shows. The bulk of her show wins were AFTER her diagnosis and surgery. She is happy and sparkling and is well known in the dog show world. She has grown more coat than I know what to do with and needs to lose a few pounds. I continue to feed her the anti-cancer diet that we worked out for her, with limited anti-cancer supplements and herbs, and I continue to give her the daily doses of your “Pearl ZEN” CBD oil.

Vespa is our Miracle Dog. But, without skilled veterinary care and support, a change of diet, and the continued use of the “Pearl ZEN” CBD oil, I am certain I would not have this delightful dog by my side and thriving today. She is my “once in a lifetime” dog. “ 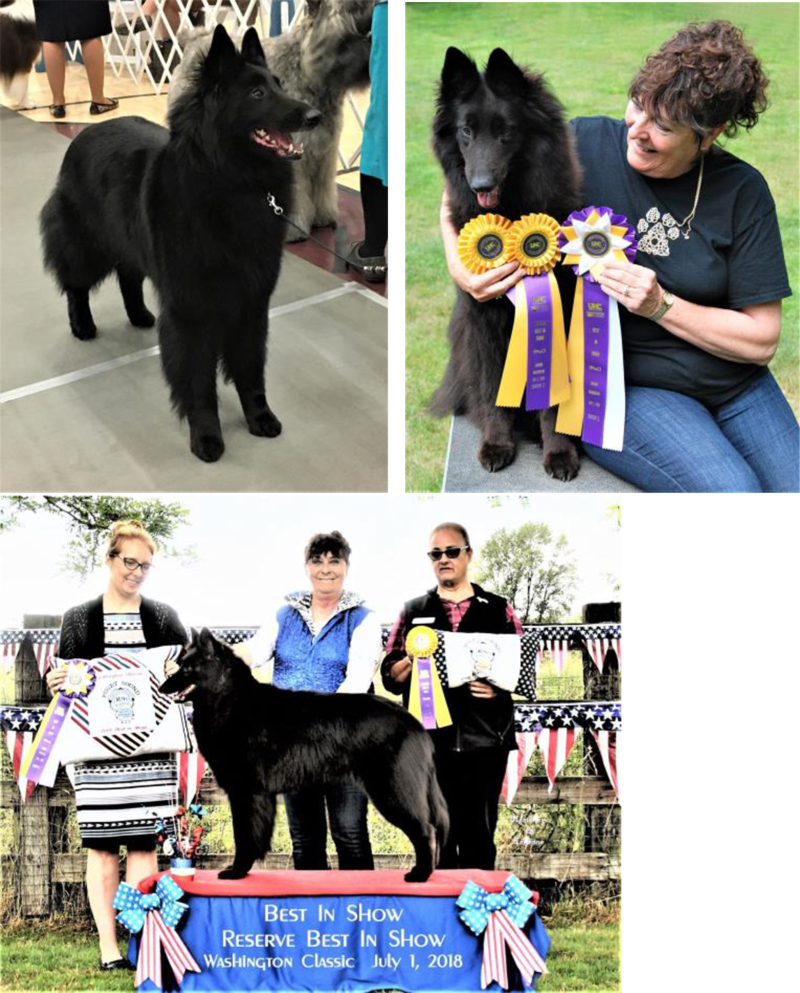 Take 20% off
your first order

Enter your email below to get started

No thanks, I don’t want to save money.

*valid for one time use